The treacherous wizard Thoth-Amon has devised a cunning plan to resurrect the dark sorcerer Xaltotun, whose sole ambition is to condemn the world into an eternity of darkness and enslavement. To stop him, you must acquire new skills and gather artifacts from the far reaches of the world. Only then can you hope to stand a chance of defeating the greatest threat the world has ever known.

Conan Chop Chop is the most epic and realistic stick figure game ever to be set in the world of Conan the Barbarian. Discover a delightfully savage world full of epic boss fights, perilous dungeons and endless amounts of loot and item combinations.

Play solo for the ultimate thrill of a rogue-lite, invite your friends, or group up with random people to save the world from damnation. Conan Chop Chop supports both online co-op and couch co-op for up to four players.

Want to get up close and personal, or shoot your opponents from afar? Choose from a cast consisting of the most famous heroes in Hyboria, from the sword-swinging Conan to the bow-bending Bêlit. Chop, shoot, or simply explode your foes into tiny bits.

Help rebuild the war-torn town of Hanumar and unlock access to a wide variety of items and charms. All upgrades persist through death, giving you a slight edge in your next run.

Acquire new skills as you venture to the far reaches of the world, looting magical charms, weapons, and armors. Experiment with different item combinations to discover potentially overpowered abilities and new ways to play.

No two runs through Conan Chop Chop are the same, thanks to procedurally generated maps and dungeon layouts. Discover new shops, challenges and treasures with every playthrough.

Test your might against unique dungeon bosses, such as The Giant Sand Worm of Koth and The Frost Giant of Vanaheim. Some bosses may even roam the wilderness, guarding golden chests, powerful artifacts, and other riches. 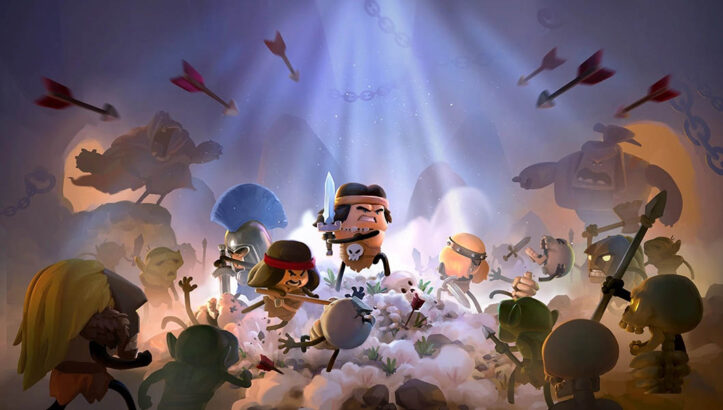