Bohemia Interactive is inviting fans of the Arma series to experience the future with the surprise release of Arma Reforger, a work-in-progress title that will serve as the foundation of the future Arma 4.

Arma Reforger brings players back to the island of Everon, set in the fictional 1980s where the US and the Soviet Union are in conflict. A recreation of the map from the first Arma game, players will do battle over 51 km2 of landmass, offering a stunning environment to discover, replete with dense forests, low-rolling hills, mountains, patchwork fields, and idyllic towns.

Multiplayer consists of two game modes, Conflict and Game Master. The former is a team versus team deployment, with players working together to capture strategic positions from the enemy. By base-building and completing tasks, combatants can earn battlefield promotions and rise up through the ranks of the two factions.

Each comes with its own era-authentic weapons, vehicles, and equipment. There is also a smaller independent force, with unique apparel that community veterans will quickly recognize from the first game in the company’s mil-sim legacy.

As for the latter, Game Master is a real-time scenario editor. In the dynamic sandbox, one or more curators take on the role of Game Master, creating responsive combat encounters for other players. Designed with both newcomers and long-standing Arma gamers in mind, this fast-paced, mod-compatible mission-maker ensures playthroughs are different every time.

Built on the Enfusion engine, the game will offer players a glimpse of things to come, and at the same time, it will function as a creative platform for the community to get up to speed when it comes to working with the new tools.

The exclusive, in-game platform for sharing user content, Workshop, will be where players can share their created content. Mods generated by PC users can be published for everyone to enjoy, including those playing on console.

Furthermore, Bohemia Interactive will be supporting the game’s release with Workbench; a software package that provides the community with the very same tools used for development. Any user, with a fair knowledge of C# scripting, should be able to add custom AI behaviors, audio and visual assets, or even new gameplay mechanics. Artists can also import their creations using intuitive, streamlined workflows.

Arma Reforger currently has no official release date for the full launch, with Bohemia Interactive supporting the title even when the teams shift their focus and resources towards Arma 4.

Arma Reforger is now available on Steam as an Early Access title. 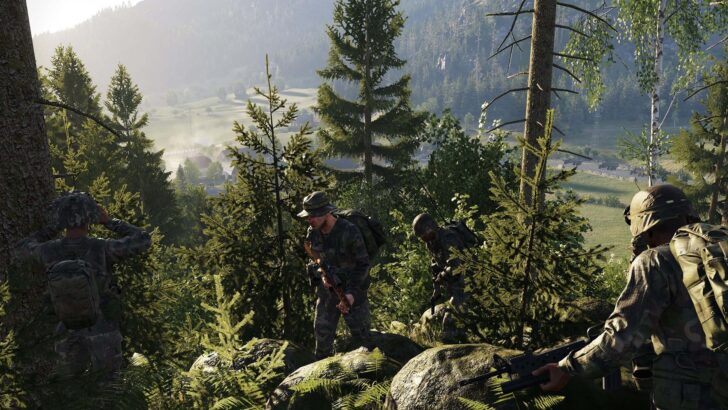