Back 4 Blood Welcomes River of Blood Expansion This December

Following the August expansion with Children of the Worm, Turtle Rock Studios are now preparing for the third content expansion for the cooperative shooter, Back 4 Blood. Officially titled River of Blood, the Back 4 Blood expansion will arrive on Dec. 6 as part of the Annual Pass or a standalone purchase.

The entirety of the content update will feature a brand-new story campaign that unfolds over a five-map mission. Cleaners will need to travel upriver, stopping to scavenge resources and supplies, all while clearing any threats that stand in their way.

A new Cleaner will also be joining the Back 4 Blood crew in River of Blood, with former cultist outcast Tala the latest addition. What is more interesting is that Tala will be accompanied by a Ridden companion in the form of a friendly Tallboy named Jeff. This enemy-turned-ally should be useful in a pinch, and can be summoned either by Tala or other Cleaners in a team.

If that is not enough, all owners of Back 4 Blood can partake in the free Trial of the Worm update when the expansion arrives in December. This is a new cooperative PvE mode where players can choose their own path in a four-map chain, earning Supply Points along the way for their troubles. The ability to add Corruption Modifiers or choose the tougher paths will see even more rewards, and having a leaderboard will make things much more competitive and fun.

The Back 4 Blood Holiday event will make a return when Rivers of Blood is released as well. Lasting till Jan. 4 2023, players can enjoy the festive decor in Fort Hope, catch some tunes at the jukebox, and grab more holiday-themed skins, emblems, weapon skins, and sprays. 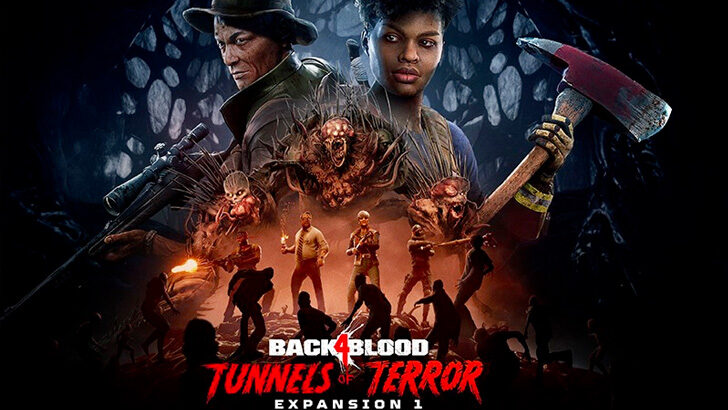 Everything You Need To Know About the Back 4 Blood: Tunnels of Terror Expansion