With Dune: Spice Wars heading to Steam Early Access, players will have plenty of questions to ask before venturing to Arrakis. Fret not, as publishers Funcom and developers Shiro Games have come together to provide the answers to all the spice-y questions from the universe.

When does Dune: Spice Wars release on Steam?

The game will be released in Early Access on April 26. It’s a bit early to give a specific time right now, but it is safe to assume late afternoon in Europe, morning in America. More details will be shared closer to release.

The game client should be around 3GB at release.

Can we preload the game on Steam?

There are no plans for a pre-load option at this time but with the download size being on the smaller side, a pre-load shouldn’t be necessary.

What are the system requirements for Dune: Spice Wars?

Will the game be accessible on GeForce Now?

We are actually working to have the game compatible with GeForce Now as we speak! We hope to have this finalized by the time of the Early Access launch, but if not, very shortly after launch.

Will the game be available on mobile?

While we believe Dune: Spice Wars is an accessible 4X game, it is still very deep and requires many interfaces and a lot of information that would be very challenging to fit on a mobile screen, so for now at least, there are no plans to bring the game to mobile.

Right now, we’re 100% focused on making the best game possible for PC. But we are more than open to looking into the possibility further down the line, so never say never!

How many new factions can we expect during Early Access? Do you expect to add more factions to the game beyond the one already planned?

At least one additional faction is planned during Early Access, and priorities will change depending on the feedback we receive from the community (from experience, multiplayer will probably be high on the list). That said, we have ideas for many different factions, with even more asymmetrical gameplay.

What made you choose the 4 factions (Atreides, Harkonnen, Fremen, Smugglers) as your base factions?

The Atreides and Harkonnen are a staple of the universe that pretty much had to be there. For the other two (Smugglers and Fremen) we wanted something that would feel different both in terms of theme and gameplay.

The Fremen are a significant force that is very present and potent in the books, and that has been almost ignored in previous video games. We felt their time to shine was overdue. As for the Smugglers, they are also an important part of Arrakis and provide a good way to explore the universe from a different angle and again, provide unique ways to play the game.

How many units are available for each faction?

Five or six depending on the faction, each with its unique stats and abilities. Dune: Spice Wars is a 4X game and warfare is only one (important) part of the game.With the economy, spying and politics to manage, we didn’t want to overwhelm players with 10+ different units like you would find in a regular real-time strategy game that does only war. That being said, we do have a few ideas for more, and we’re excited to get player feedback on that topic.

When will multiplayer be available in Spice Wars?

We expect it to be early during the Early Access, but this will depend on the feedback we get from the community. We will have fine-tuning to do as well as new features to add and we’ll prioritise all this shortly after the EA release.

Will there be competitive multiplayer?

That will be for the community to decide!

Can we use a gamepad or is the game designed for keyboard and mouse only?

Keyboard and mouse only for now. A 4X game has a lot of moving parts and interactions, and gamepad support would require a completely different UI to feel good.

Will the game have a tutorial?

The game has a tutorial that helps players directly as they play the game. We believe it is better to have an integrated experience than a standalone tutorial if the game permits it. We feel Dune: Spice Wars is accessible enough that an integrated tutorial will work and be a better experience.

Do you have plans for any cosmetic options (changing the house colors, skins, etc…)?

Not for now, but we’re looking into building a House creation system later on. It is a lot more tricky than it sounds because we have high definition Leaders who would require customization options as well, but we’ll try to make it happen during the Early Access.
On average, how long will one game last? Does it depend on the faction you have chosen?

Depending on your strategy and the chosen difficulty, a game generally lasts from two to three hours. That being said we’re pretty sure players will find ways to be significantly faster than that, especially once multiplayer is available.

Is the game based on the movie or the books?

The game is primarily an adaptation of the books, but many other Dune sources have influenced us in our design, including the board games, comics, card games, and the Denis Villeneuve movie. Every stone added to the edifice helps make it grander, even if the books obviously remain the seminal work.

If you are making a campaign, will it follow the story of the books or be an original story?

We’re not there yet, and we don’t know what form it would take, but a narrative campaign would probably have a different story so that there’s something new to discover for all players.

There are some deviations from the books in the game, such as the use of Kulon Caravans and shields, can you explain these design decisions?

Dune: Spice Wars is an adaptation. Everything is inspired by the books, most things are the same or very close, and some get changed because of gameplay or art direction constraints.

The shields/laser interaction is a good example of something that was not that relevant at a planetary scale, and quite hard to manage when there are many units on a battlefield so we went for a more high-level perspective of shielded units having higher armor. The Kulon Caravans were also invented to bring more variety both visually and from a gameplay standpoint, while still being credible within the universe.

Why did you change the gender of Liet Kynes?

We feel the gender repartition in an otherwise very modern book is an artefact of when it was written. Liet is one of the most modern characters in the books (with messages about the preciousness of resources, building a sustainable planet with local communities) and modernising the messenger only makes the message more powerful.

Obviously, we love the book and the characterization of Liet therein, but we also enjoyed the portrayal within the recent movie and how it reimagined the character, and this was something we thought could be an interesting approach in Spice Wars. 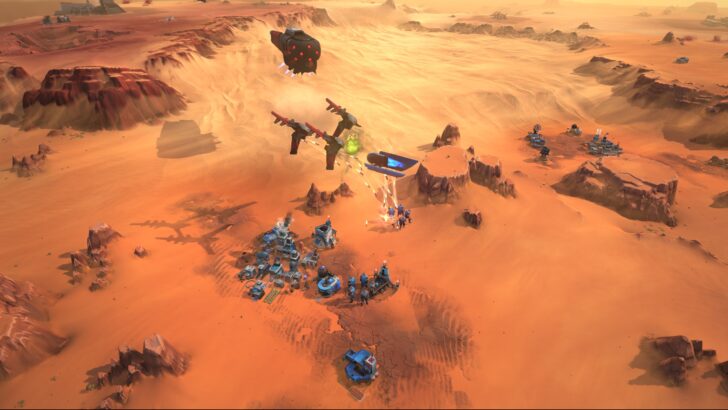 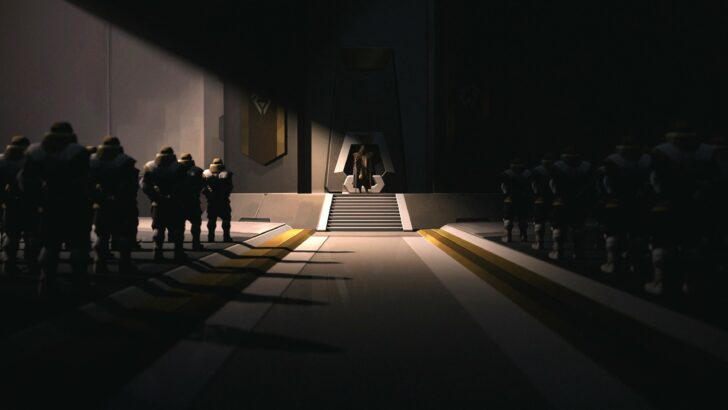