An FPS that switches up the classic tactical shooter experience

Instead of the classic multiplayer experience pitting two teams against each other, ALARA Prime mixes things up with the addition of a third team.

Primarily intended for players from across the EU, interested participants can sign up for the Pre-Alpha Tech Test via the official website and engage in discussion on the dedicated Discord channel.

“All of us at Fall Damage Studio are excited to finally reveal ALARA Prime.” said Dan Vaderlind, Game Director and Fall Damage COO. “It feels great that the game we have worked on for so long is now getting into the hands of players at such a large scale. This Pre-Alpha test will provide invaluable feedback and help shape development moving forward. We can’t wait for the full release.”

“From the outset, the team at Fall Damage Studio has impressed us with their technical expertise and passion to innovate and we look forward to seeing ALARA Prime build on its solid foundations and set new standards in the tactical shooter genre,” added Gram Xu, General Manager at Tencent Games Global.

ALARA Prime is a free-to-play, 4v4v4 competitive tactical first-person shooter. Choose your class, utilize a wide array of gadgets, take advantage of your surroundings, and work together to claim victory. The 3-team format of Transmission mode opens the door to new strategic choices. Teams can backstab, stay focused on the objective, or wait for their moment when the enemy least expects an attack. Pull into the lead and you’ll have to watch your back at every turn.

Fall Damage was founded in 2016 by four industry veterans from DICE. Markus Nyström, one of the original four founders of DICE joined forces with Anders Gyllenberg, Mikael Kalms and Dan Vaderlind and set out to create a new gaming studio in the heart of Stockholm. Today, the studio is a 60+ person strong force of dedicated game developers. 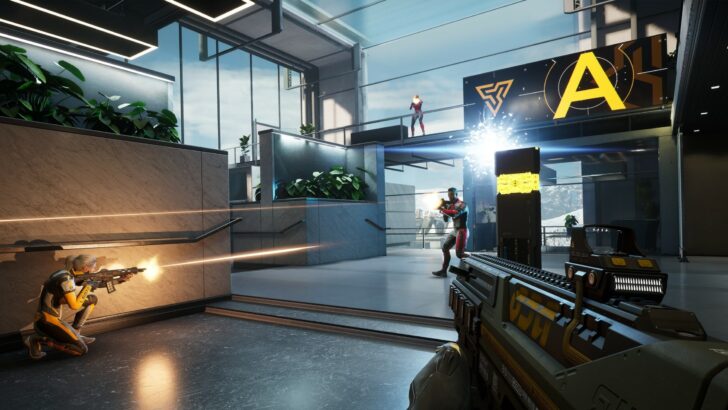