There are Early Access games, and then there are Early Access games that are like V Rising, a smash hit that took the world by storm into the dark of the night, never relinquishing its hold on a growing player base and continuously enticing more to step into its world with each passing day. For the team at Stunlock Studios, the success is well warranted, especially considering the fact that the team has always put its community first for every project it makes, and the payoff has been phenomenal.

“I think the reception has obviously been very positive and we’re super happy with it. It’s super important to have the community and listen to the community,” said Creative Director and co-founder Martin Lövgren at Gamescom 2022.

“We also are working on several ways to be transparent to the community where they can be on our Discord to provide the feedback; people can send in feedback and vote on the things they want the most. And those things are super helpful to see where the community feel the need to improve or the ideas that everyone really wants in the game.”

Having such critical observations helps Stunlock understands its game and players more, and allows for more strategic planning down the line. That said, not everything is going to become reality just because players will it to be. The roadmap for the imminent future is proof that things are going quite smoothly.

“We also need to learn to say no, what does not fit the vision because it’s not the game we’re making. It’s so interesting to see different types of players enjoying our game in the way that they have, both with the building and the crafting, with the PVP, but also just the boss fights; there’s so much for everyone. And so there’s a lot of areas to expand on as well and make sure everyone feels like they get a piece of the cake.” added Tau Petersson, PR and Event Manager, who is also one of the co-founders of the studio.

The very nature of Early Access development seems almost tailored-made for Stunlock to put their plans into motion, a direction that has yielded considerable success in the studio’s past ventures. While there will always be some not on board with the process, this is the best way for the team to make the game both they and the players want.

Of course, an idea like V Rising doesn’t just appear in the middle of the night. For Lövgren, considerable time spent in the arenas of World of Warcraft, the firefights of Counter-Strike, and battles in Starcraft and Warcraft provided a strong creative foundation. That view on how games can be entertaining has been further informed by trying out other genres, with the survival genre being the creative director’s next port of call in the form of V Rising. For the millions of would-be vampires out there, it was to be a fateful venture.

And while the team continues to work hard at refining the game, the community has also done its part in sustaining the potential of V Rising, with Lövgren citing the vibrant modding community as a pleasant development. And for Petersson, it is the wide-ranging reach of the game that has been a gratifying surprise, with traditional “RPG players” mixing it well with those that just “want to be a vampire” and “get into the fantasy.”

For those hungry for what’s coming next to V Rising, the pair had some interesting nuggets of information to share. Obviously, the current systems in place, such as the weapons, magic, and boss battles just to name a few, will be expanded and further refined. Ominously, Petersson simply shared that she was “looking forward to Dracula’s castle,” so make of that what you will. 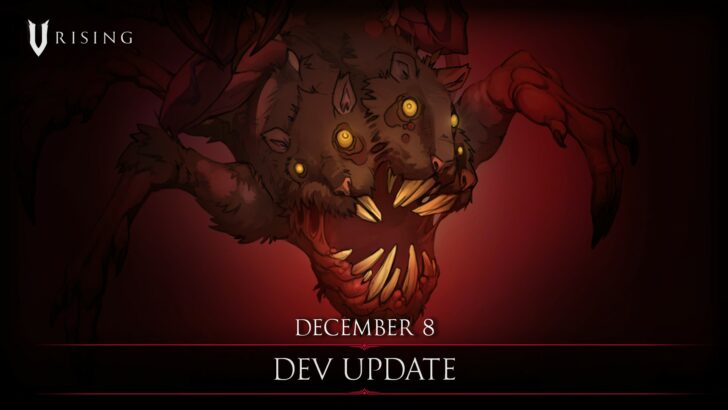