Go from survival to dominance, the Funcom way

Funcom and the Dune universe are no strangers to each other. Following the continued success of Shiro Games’ Dune: Spice Wars, the Norwegian video game giant is setting its sights on more familiar territory, with the reveal of new open-world survival MMO, Dune: Awakening, at Opening Night Live for Gamescom 2022.

This venture into the Frank Herbert sci-fi universe may be only possible with modern technology, but Funcom is pulling out all the stops as a company in the hopes of delivering another hit.

“Funcom, as a company, has been around for 30 years now, and a lot of our expertise and experience lies in building MMOs. I think one thing many will agree on about Funcom, and that is that we are never boring, and Dune: Awakening is building on all of that experience as well as our huge survival hit Conan Exiles and creating something unique and very ambitious,” shared Erling Ellingsen, Chief Marketing Officer.

Looking back, the company’s legacy in the persistent multiplayer online game genre is more than secure. The likes of Anarchy Online, Age of Conan, and the aforementioned Conan Exiles are prime examples of the craft and expertise present at the company. And in Dune: Awakening, players can certainly expect a high level of polish and gameplay experiences, with more to come.

“Combining the grit and the creativity of survival games, with the social interactivity of large-scale, persistent multiplayer games,” this will be a world where thousands of players will converge and play together, staking their claim to be the true dominant force where spice is king.

“I think it’s a genre that will continue to evolve and mature, and the Dune IP lends itself very well to it,” explained Ellingsen. “The social drama and the engagement between players, whether it’s open warfare and epic battles, on foot in vehicles or jumping into the ornithopter, or staying true to one of the core elements of Dune, which is the politics and the intrigue. All of that brings very different types of social gameplay.”

No doubt Funcom has their work cut out for them on this. When you have so many players active, a political system like Dune‘s Landsraad will need to function on all levels, and this will be a tall task, even for a developer as seasoned as Funcom.

Nevertheless, the potential is exciting, especially as making plans within plans within plans is something players will have to get used to if they see success in Dune: Awakening. Whether the choice is to use force or subterfuge to influence the Landsraad, build up your own faction, or focus on harvesting spice, every action taken will push players on the path of rising to the occasion.

The work on Dune: Awakening is also helped by the fact that Funcom is also collaborating with  Shiro Games on Dune: Spice Wars, the 4X real-time strategy hybrid that entered Early Access a while ago. Fans of the IP have less to worry about, as the same dedication to staying true to this sci-fi world is present for the open world survival MMO as well, even if it takes the form of another genre.

The road to the launch of Dune: Awakening is underway, but the promise is enticing. As players prepare themselves to take on the most dangerous planet in the universe, hatch plans to control the spice, or strategize their way to political influence and military might, a new and welcoming home awaits. 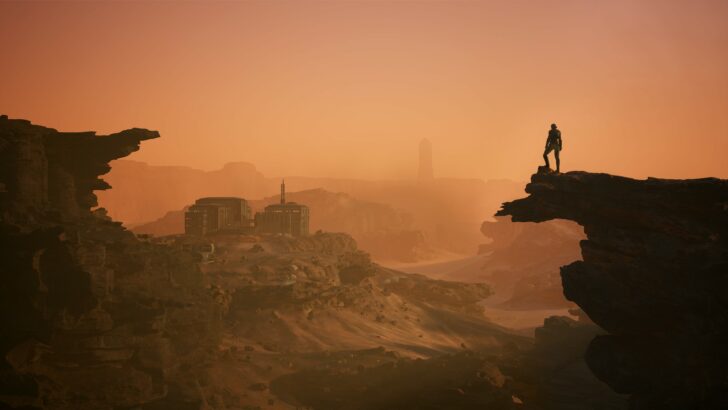