Fleshing Out the Warhammer 40,000: Darktide Chaos With Co-Writer Dan Abnett

As a best-selling author under the Black Library label of Games Workshop, Dan Abnett is a familiar face to fans of the Warhammer universe. Yet, even as a seasoned hand, working on Warhammer 40,000: Darktide has been quite an experience.

“I think that’s what really blew me away, to see a fictional universe that’s been in my imagination for a long time suddenly rendered into a game environment that you can properly interact with!”

We caught up with the co-writer of the game, asking Abnett to dish on Warhammer 40,000: Darktide as Fatshark launched it. He didn’t disappoint, providing plenty of insights into what went on behind the scenes in crafting a narrative for a living, breathing world, as well as his approach towards the medium.

“My first main task with Darktide was world- and character-building. Fatshark had a great vision of what they wanted the game to be, so that helped focus the vast lore and allowed me to concentrate on the parts of the lore we needed to highlight,” Abnett explained.

“We had to devise the setting in detail, and then the characters who would operate in that setting and why, which – in turn – allowed us to develop the storylines. The lore is vast, but from day one, we could pinpoint the aspects we were going to need.”

This included the guiding principle that Warhammer 40,000: Darktide is never going to exclude anyone from entering and enjoying the universe. Whether players were newcomers to the franchise and the lore or returning veterans, the writing had to cater to everyone and ease them into the experience, one way or another.

One key way to achieve that sense of parity is by establishing a strong identity for players to relate to. This meant ensuring the classes, characters, and the world kept pace with the 40K setting, while having room for experimentation and the creation of personal stories.

As Abnett emphasized, the team “wanted variety, but a variety that well-represented the 40K universe” in terms of playing experiences. Through all the trials and tribulations, it made it easier for everyone to identify with their chosen characters and classes and get “some idea of what was at stake.”

“Not all players look for that – some just enjoy the action – but many want to invest in character and story, so we wanted to make sure each character and class had a reason for being there that the players could latch onto and share,” he continued.

While writing is nothing new to Abnett, working on an interactive medium like video games comes with its own set of challenges, something that he is more than happy to embrace in Darktide.

“You always have to be aware that a reader and a player interface with the story in completely different ways. So it’s about understanding how the story and setting will be ‘delivered’ to the player, and learning what you can and cannot do,” said Abnett.

The nonlinearity and fluidity of games like Darktide also allow for changes in an instant, which is where a strong foundation of “lore and knowledge” comes into play, with different techniques used to achieve various aims.

How all that comes together will ultimately be judged by the community, but for Abnett, the work has given him a new sense of appreciation of everything that has come before, and what will come in the future.

“I love the fact that this game focuses on the ‘human’ experience of the 40K universe; it’s about life in a hive. That gives us a great point of connection. I’ve been writing 40K novels and stories for a long time, and I’ve imagined these kinds of settings and situations in my head, to describe them in prose,” said Abnett.

“I’ve seen the amazing art that is produced for book covers and rulebooks, and I’ve seen amazing tabletop miniatures and dioramas, but suddenly, here, you’re in a hive. It’s a real, finely detailed place all around you. You can explore and move around. Fantastic!” 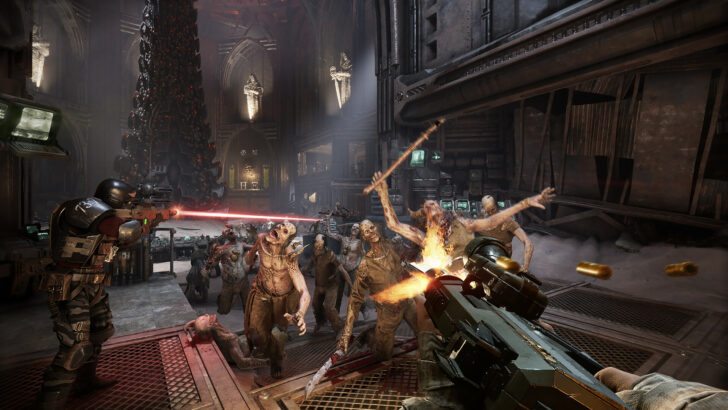 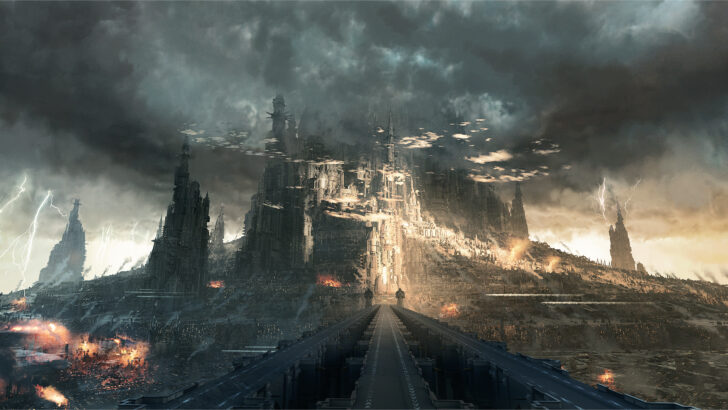 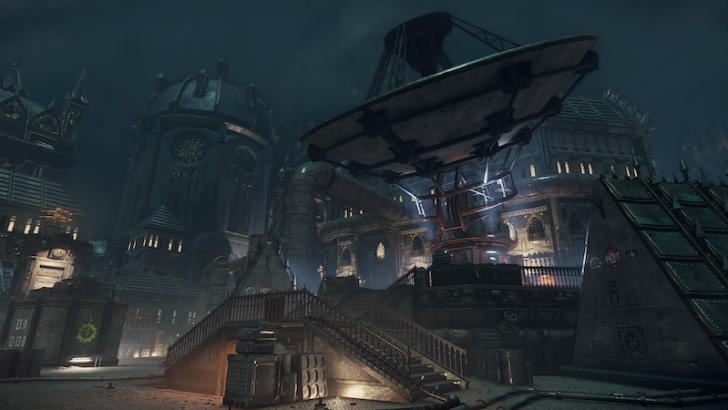